EANx: Diving with Enriched Air Nitrox – What, Why, How?

In this blog post we’ll be talking about diving with Enriched Air Nitrox, what Nitrox is, how you can benefit from this specialty course, some important facts you’ll learn in the theory part and the process before diving with Nitrox.

The following information are from our own experience and also well-researched, but can of course change as time goes on.

Nitrox or Enriched Air Nitrox (short: EAN) is a breathing gas mixture of nitrogen and oxygen, where the share of oxygen is higher than in normal air. In the Open Water Diver Course (OWD) you’ve already learned that normal breathing air consists of 78 % nitrogen and 21 % oxygen (at the moment you can ignore the 1 % residual and noble gases). For Enriched Air Nitrox the oxygen percentage will now be increased to minimize the nitrogen percentage. Common mixtures are for example with 32% or 36% oxygen, but basically as soon as there are more than 21% oxygen, it’s called Nitrox.

The exact oxygen percentage will mostly be adapted to your dive site and the maximum depth you want to dive. Depending on where you are diving, most of the diving centers can mix Enriched Air Nitrox with a small surcharge or even for free.

Why should I have a Nitrox Certification?

Diving with Nitrox allows you to dive longer! Why? Because of the higher percentage of oxygen and the resulting lower percentage of nitrogen, the accumulation of nitrogen in the body tissue during diving is slowed down. This gives you a longer zero time and therefore more time exploring the depths (provided you have enough air).

Diving with Nitrox makes you less tired! Why? To be honest, that fact is not really proven, but probably due to the lower nitrogen content in the body, many divers are feeling less tired than after dives with normal compressed air with 21% oxygen. 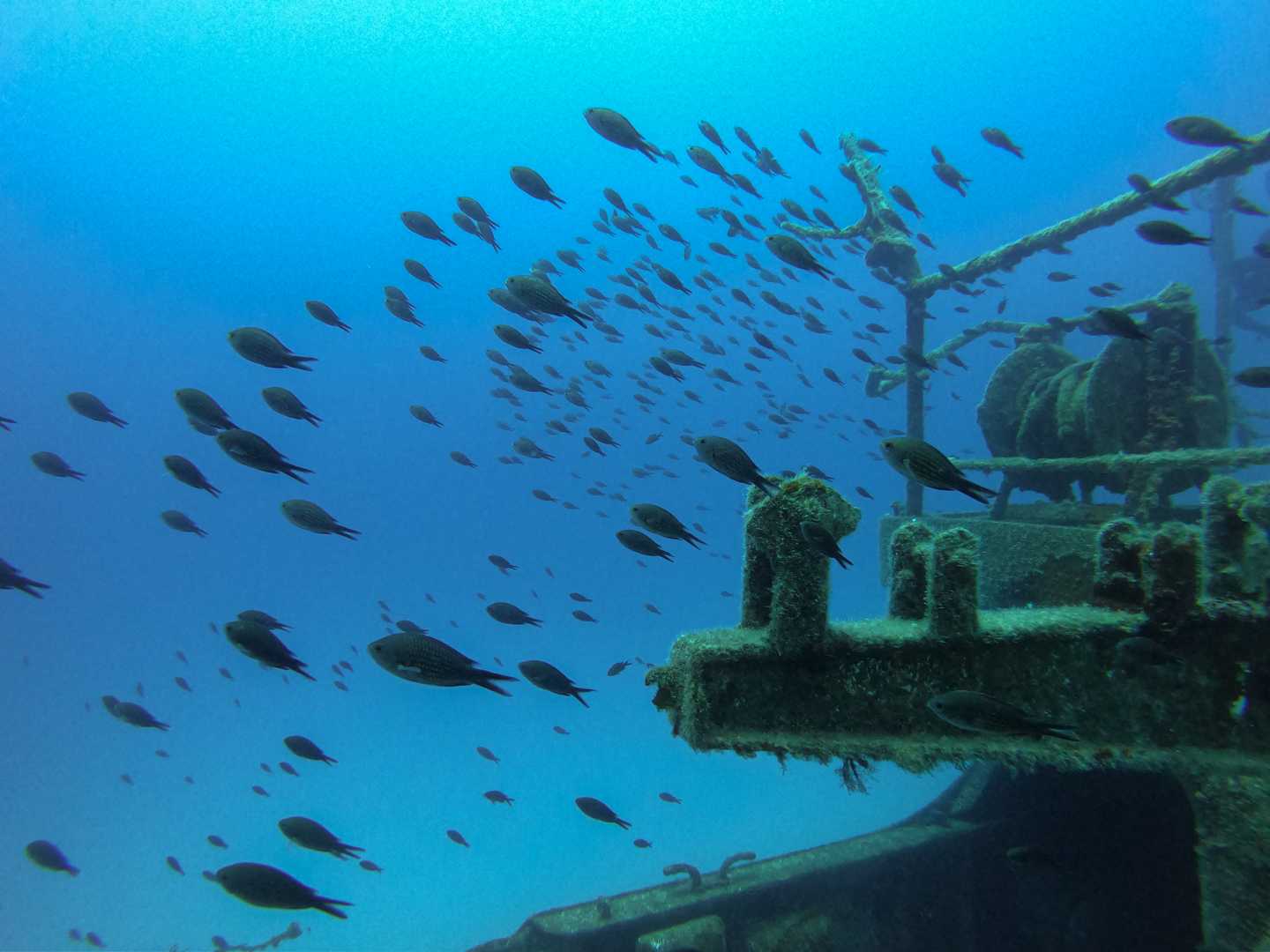 Compared to most other courses, the Nitrox course officially only consists of a theory part.

Pro Tip: However, we would advise that the first time you go diving with Nitrox, you should talk to your diving center or your guide that they can show you everything shortly in “real” life.

First of all, we want to explain some of the most important terms: 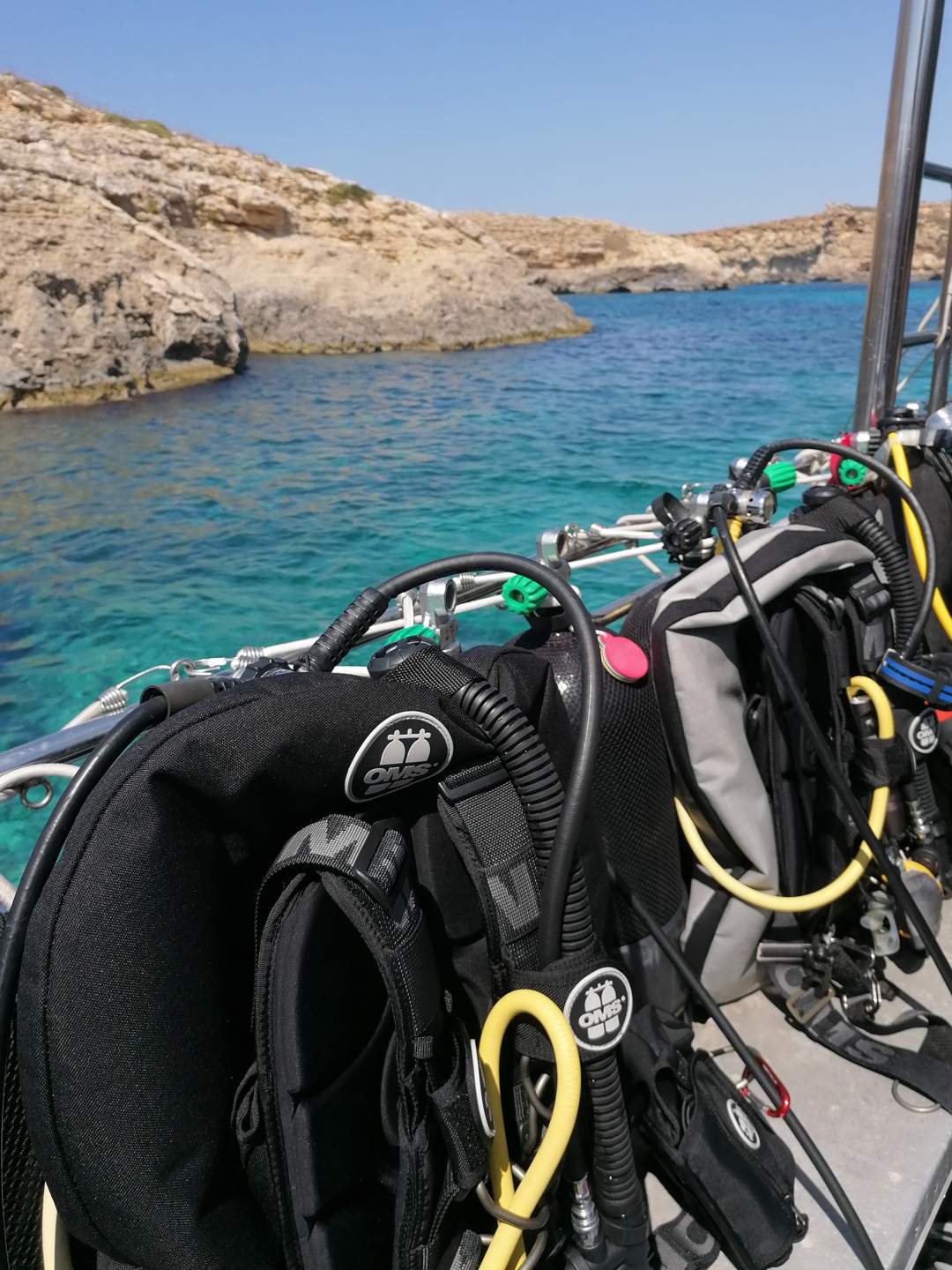 Until now we’ve only talked about the advantages Nitrox offers, but now coming to the theory part, we also need to talk about the really important facts about diving with Enriched Air Nitrox.
While the lower nitrogen percentage in a Nitrox mixture has a positive effect on the no-decompression time, the increased oxygen percentage also has a disadvantage: The oxygen toxicity!

Breathing oxygen under increased pressure is toxic for your body and has an impact on your central nervous system with symptoms like cramps, visual disturbance, nausea, muscle spasms, dizziness and ringing in the ears.

However, the point at which oxygen becomes toxic can be calculated!

Since oxygen becomes toxic for your body at a partial pressure greater than 1.6 bar, the recommended limit value of the oxygen partial pressure is 1.4 bar. It's a kind of safety buffer so that the limits are not fully exhausted.

After Diving with EAN27

In the practice it is of course easier to calculate it the other way round, you know your limit value of 1.4 and you know your EAN mixture when you start your preparations for your dive.
Therefore this is the formula: 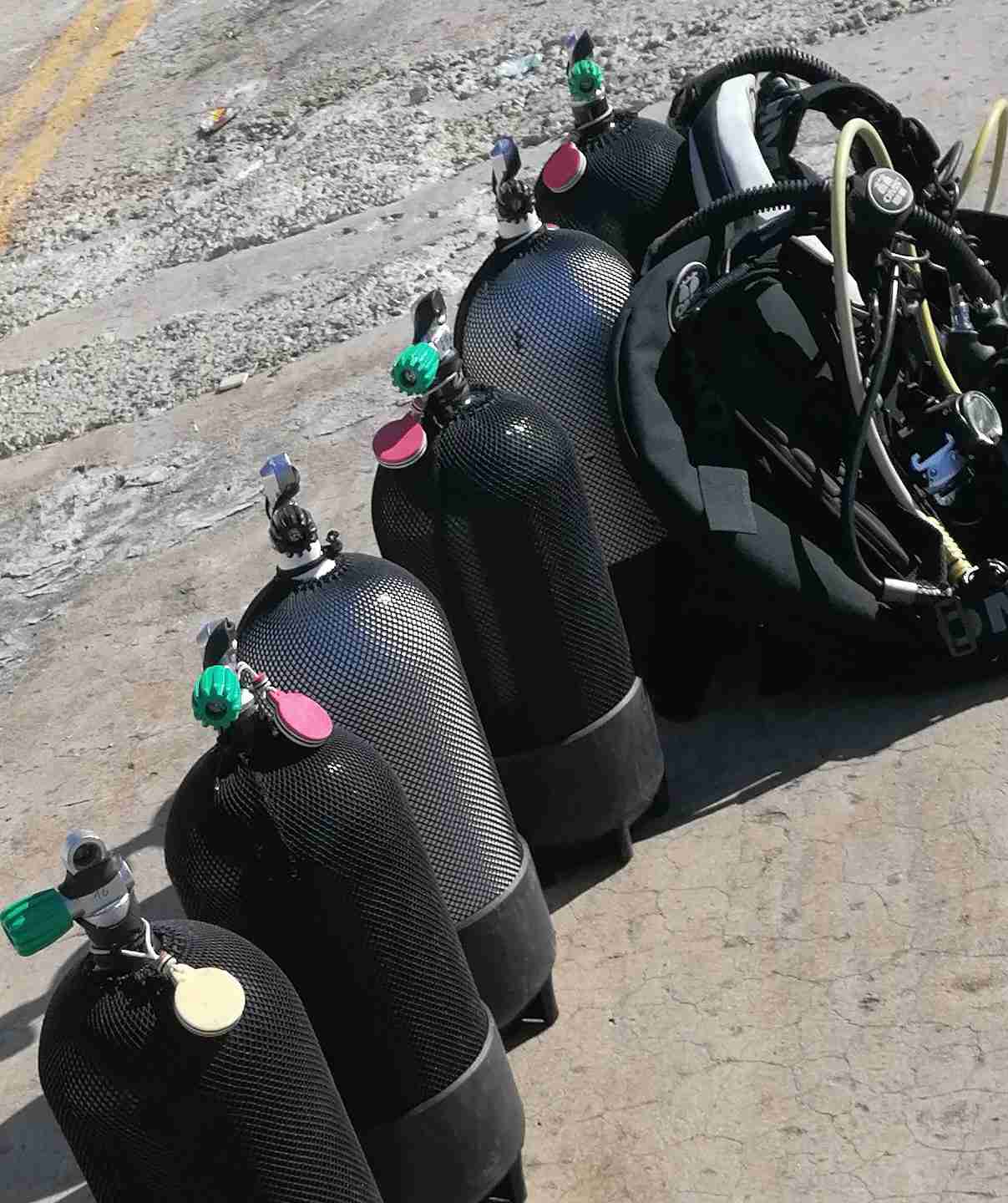 As we already learned, oxygen attacks the central nervous system in a specific depth. But oxygen also damages the CNS after a certain time, which means the time of your single dive and your dives per day are also limited! Therefore the NOAA (National Oceanic and Atmospheric Administration) developed a table that indicates how long a diver can be exposed to a certain oxygen partial pressure. 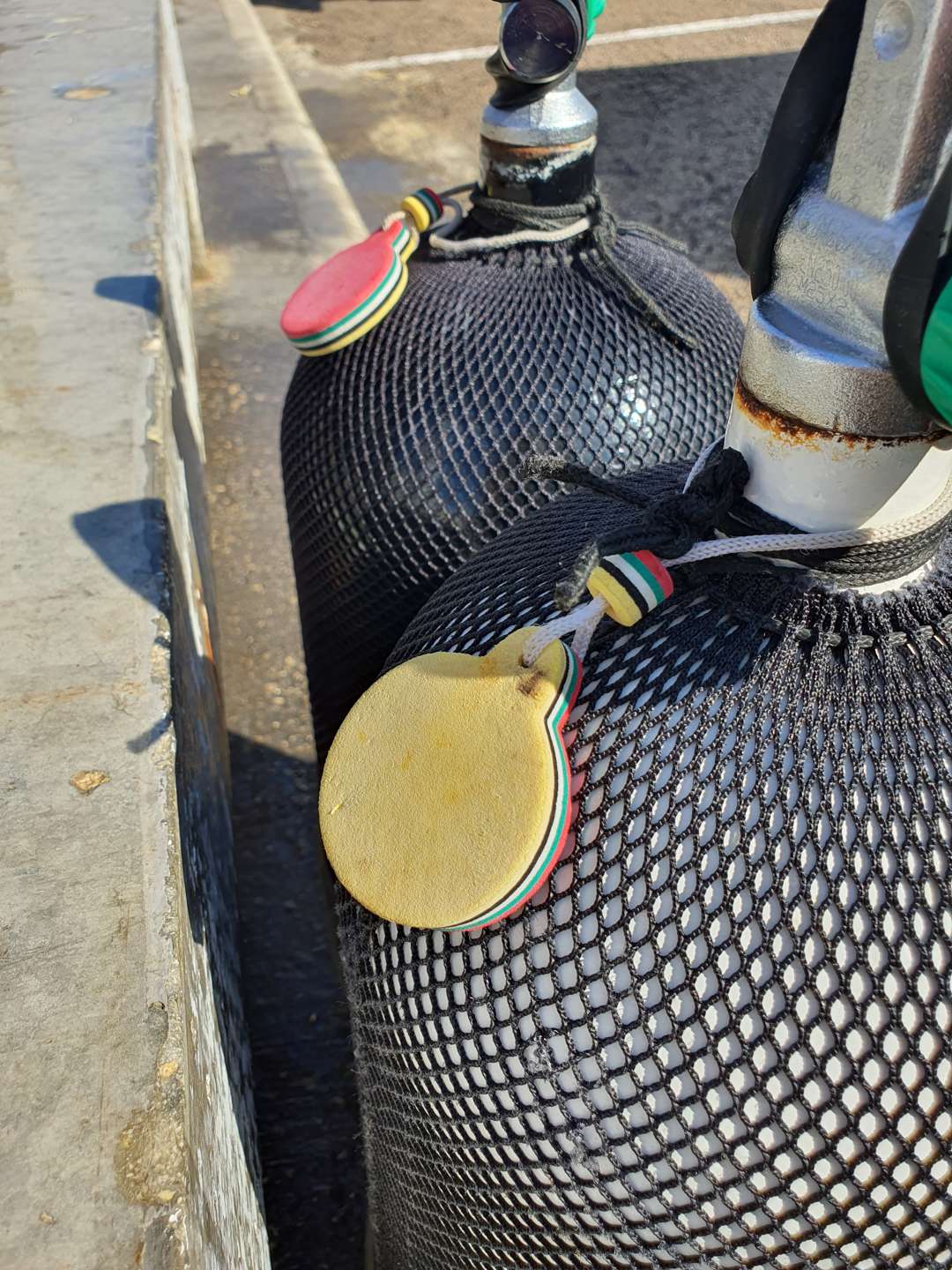 Diving with Nitrox – The Process before Diving

From your previous dives you are used to just grabbing a tank and attaching your equipment to it. When you’re diving with Nitrox, the process is different!

First of all, the only way to visually identify a tank filled with EAN is a marker on the tank. This can be a green/yellow colored “ENRICHED AIR NITROX” label around the tank or just a tank tag like in the picture above.

But as we learned in the theory facts, it’s very important to really know the exact percentage of the oxygen in your tank. Therefore the diving center will give you an analyzer and every diver needs to follow these steps:

Step 1: Calibrate the analyzer: If you’re the first one in the group, turn the analyzer on and calibrate it, the device must show 21 %. If this is not the case, recalibrate. If other people already used the analyzer, re-check if the calibration is still right. Sometimes you just need to modify it a little bit.

Step 2: Analyse your tank: Slightly open the tank and hold the analyzer in the air stream until the value settles (approx. 10-15 sec). 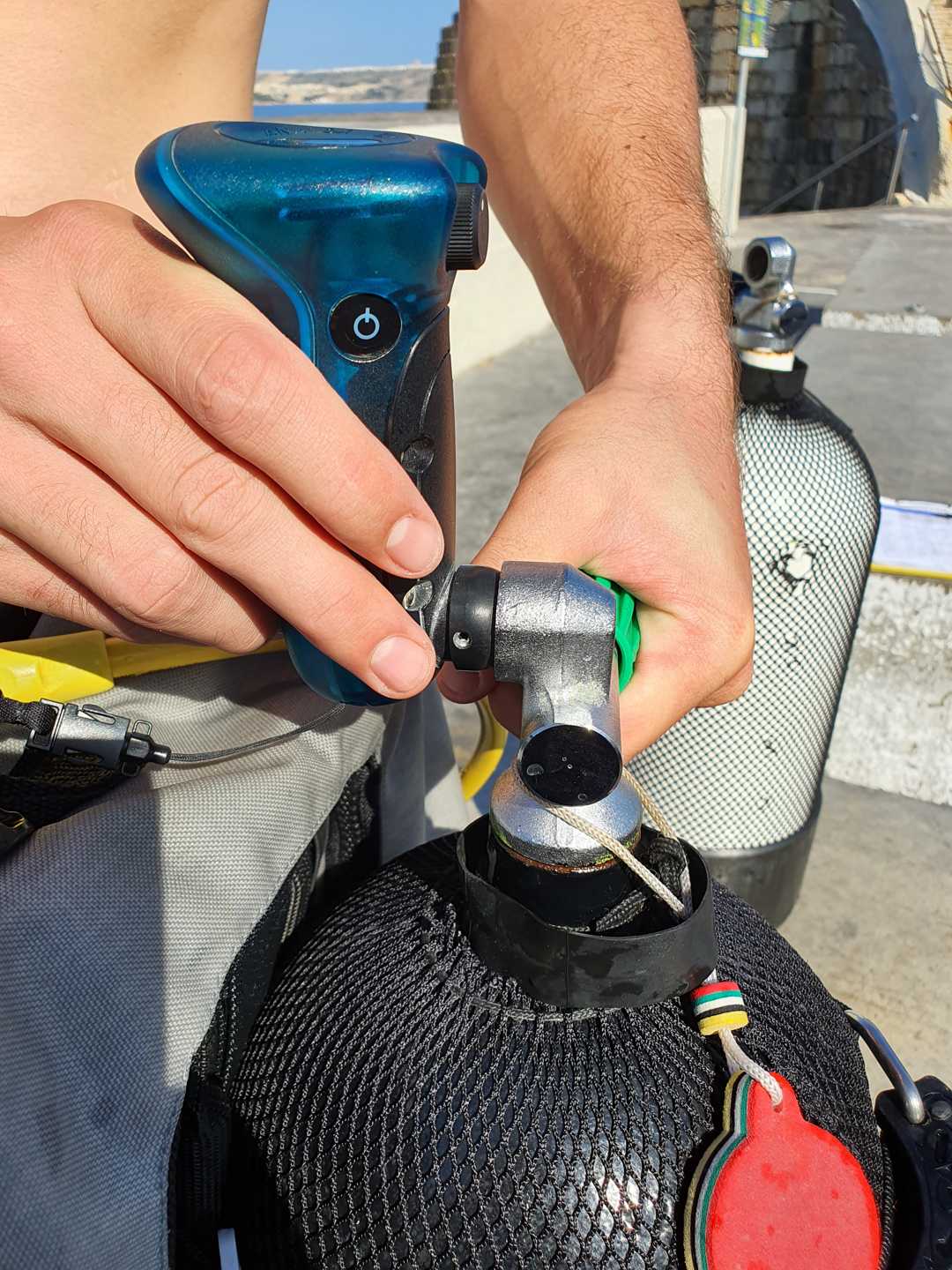 Step 3: MOD: Calculate your MOD or, what is more common, just read it out of the table that is usually passed around by the diving school.

Step 4: Documentation: Write down your EAN mixture and your maximum operating depth. Then put your signature next to it.

Step 5: Computer settings: Don't forget to enter your oxygen percentage into your dive computer that it can calculate the no-decompression limits and the maximum operating depth. Furthermore you can adjust the limit value of the oxygen partial pressure, if you need to.

For example: We once had a dive where our MOD within the 1.4 partial pressure was exact the depth of the wreck entrance. Therefore we adjusted the partial pressure on our computer to 1.6 for two reasons: We didn't want it to beep all the time and we wanted to eliminate the risk of it being too strict with us and not allowing itself to be served for 24 hours. Caution: Only do this if you know what you are doing and you really know the maximum depth of the dive.

Diving with Enriched Air Nitrox – Yes or No?

As a short conclusion and when you weigh up the advantages and disadvantages of diving with Nitrox, most scuba divers prefer diving with Nitrox if it makes sense at the respective dive site. And now that you’ve already read this blogpost, the theory lesson of the Enriched Air Nitrox course will be pretty easy and relaxed for you. 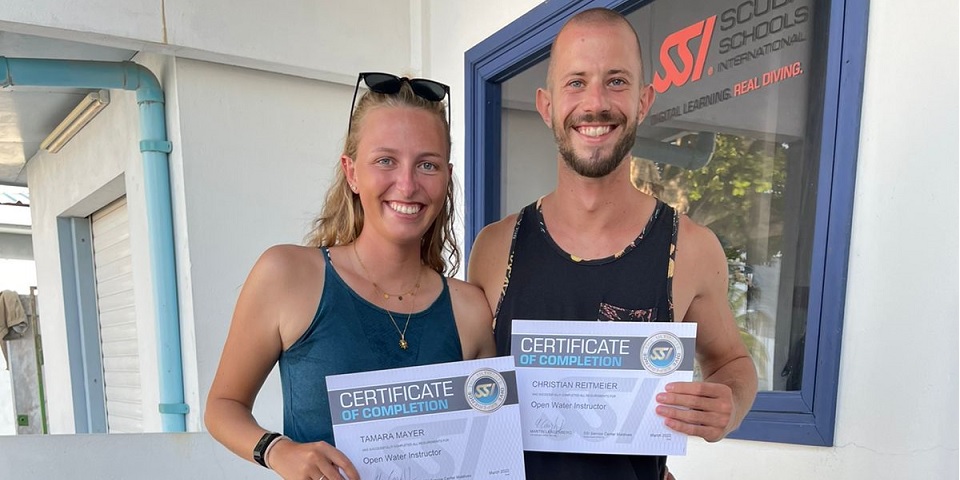 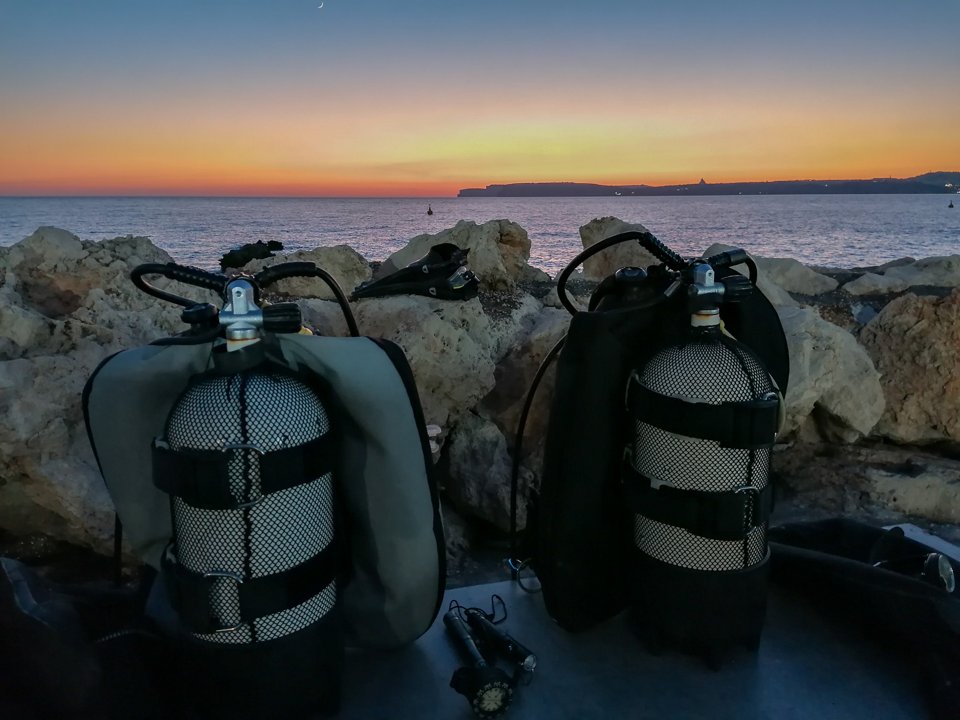 VISIT OUR SHOP FOR MORE PRODUCTS! 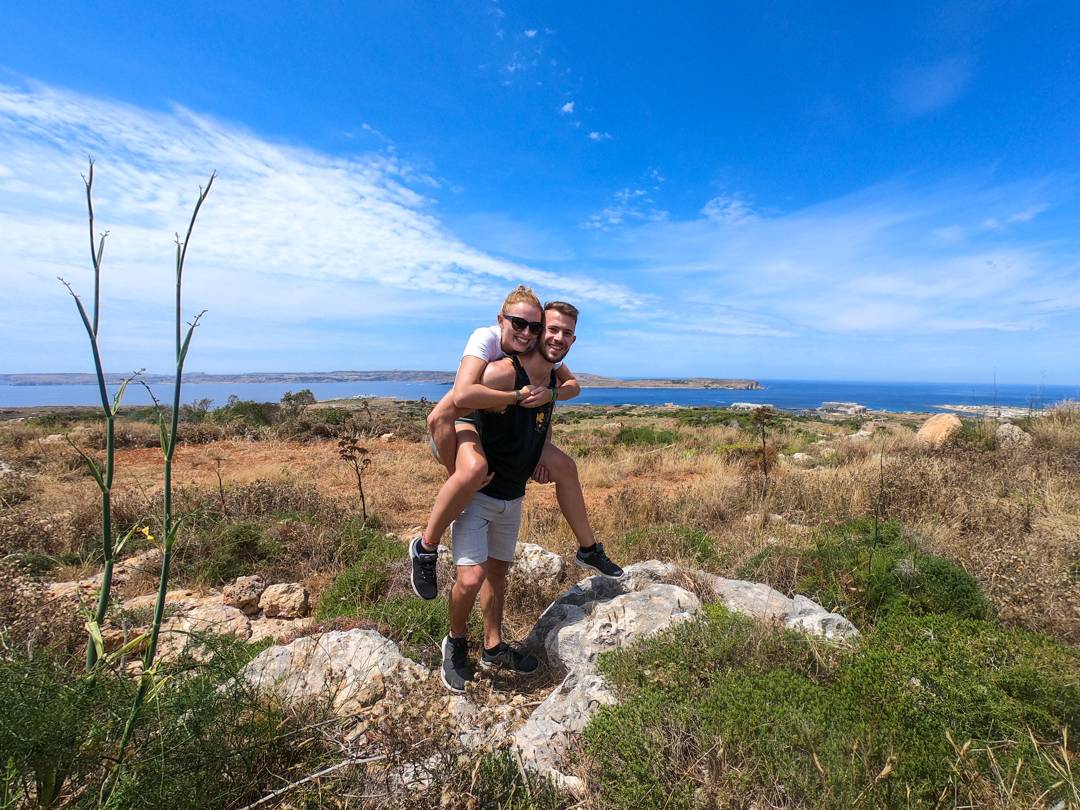 This blog deals with our addiction to diving this world – you’ll get to see the beauty of the underwater world as well as stories about our favorite dive spots, diving courses, equipment and so on.

Read more about us here